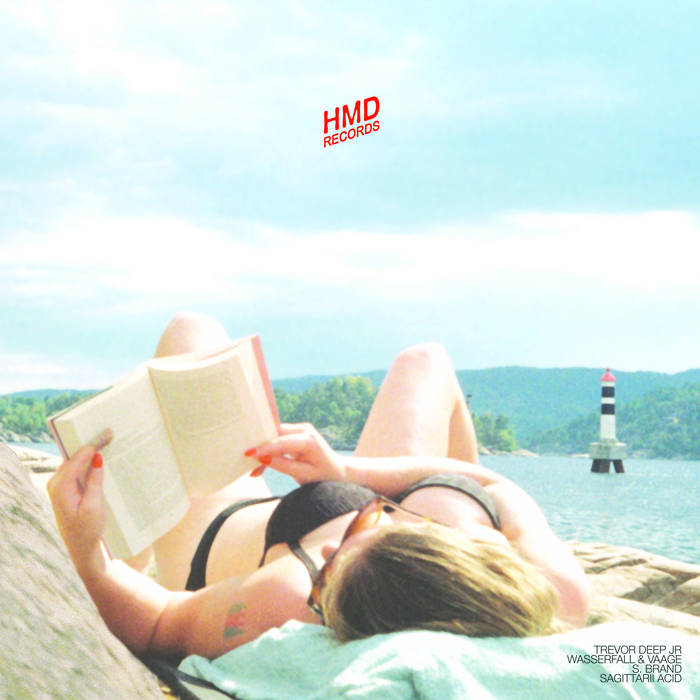 After the 13th tape release, HMD Records has compiled it’s first EP ever - with various artists, from Helsinki and Oslo. The music on the record is made by friends and colleagues of the Oslo based label and party promoter, HMD. Four tracks that vary in tempo and genre according to the artist’s different production styles. All tracks are connected by deep chords and a passionate drive, labeled with (slightly naive) working titles about various stages of love. Very romantic, keeping in mind that HMD stands for Hjemme med Dama that roughly translates to “home with the missus” in a tongue in cheek kind of irony.

Trevor Deep Jr. - All We Need (Is More Time)
Jaako and Henri started HPTY Recordings almost a decade ago. 11 releases later the deepness is still alive and rooted in their message. “All We Need Is More Time” is no different. A bass-heavy disco track made in a day under “heaven sent” production guidance, according to TDJ themselves. After breakfast and a lovely stroll to a record store in Helsinki, a gem from a Barbara Roy hit Jaako hard in the chest. The guys went straight to the studio, where they made the sampling, composition, arrangement and mixdown within the evening. Almost two years later, In January 2019, the final mix went through their Revox PR 99 reel to reel, to get that satin sound of tape compression. TDJ made a live set on cassette under their Imaginary Friend project for HMD in 2017 (HMD05).

Wasserfall & Vaage feat. Cora Suvi - My Love
Wasserfall & Vaage is a Norwegian duo originating from Oslo. Over the past years they have been collaborating on various projects, with releases on labels such as Greta Cottage Workshop, Woodsmen & Lady Log and recently Church. With their debut on HMD Records, they teamed up with opera-singer Cora Suvi for a recording session in Bremen. Her unique voice combined with jazzy samples, synths, drum machines and various field recordings makes this track stand out from their other releases. Parts of the drum-arrangement is even sampled from the rhythm-section of an old organ. Their productions as well as their live sets offers a heady mix of warm analogue sound, exploring the deeper shades of house and techno.

S.Brand - Think About U
Producer from Oslo and co-founder of the newly started label Sunlab records. In his bedroom studio Brand experiments with combinations of genres, focusing on finding the right groove, without being afraid of using humoristic elements and slightly odd themes that feel fresh and new.

Sagittarii Acid - Stay Here, With Me
“In a far away land of the Acidstanis - is a mind revealing place of a permanent altered state of consciousness. On a lower vibration (10D) also co-existing with the earth.
This is the land of Acidstan, a complex psychedelic birth place of Sagittarii Acid”.
And so it begins. The lokal crate digger and legendary DJ from Oslo’s new music project. With his acidic touch on “one take” hardware jams, he takes the listener on a journey with an endless mellow and euphoric vibe. Sagittarii Acid previously released a 45 minute live set on HMD11 in 2018. He also make releases under his own Fatwa Tapes.


The labels main goal has been to present creative dj´s and music of various genres in the original mixtape format, until the release of a mini-album by the German producer Florian Küpfer on cassette, in 2018. In addition the upcoming release of the labels first EP and vinyl release February/March, new mixtape projects with Fredrik Lavik and Kokk N Roll are also in the making and will be out this spring.